Congrats to the 2021 NOSB Scholarship Recipients!

Please join us in congratulating our FIVE exceptional NOSB 2021 National Ocean Scholars. They each received a scholarship to assist them as they begin their first year of college and pursue careers related to ocean and environmental science!

We wish the best of luck to our scholars as they begin college. We know they will succeed in the next phase of their science education and as they take their first steps towards their future careers.

Since 2003, the National Ocean Sciences Bowl (NOSB), a program of the Consortium for Ocean Leadership, has recognized and rewarded student achievement by providing scholarships to up to five students per year who plan to pursue degrees in ocean science or a related science, technology, engineering, or mathematics (STEM) field. With the help of dedicated and caring individuals, we were able to reward five talented young scholars in 2021 as they begin the next phase of their education and start working towards their future careers. We thank each and every supporter of the NOSB’s 2021 Get in the Game campaign. Your generosity allowed this important scholarship support of our next generation of ocean leaders. 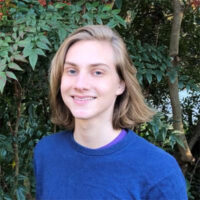 Jack Balint-Kurti competed at the Blue Heron Bowl for two years with his team from Raleigh Charter High School in Raleigh, NC. He is described as a stellar student, but also as an individual who will make a change in the world. He is curious, skilled, thoughtful, and determined, and has demonstrated both leadership and empathy in his school and NOSB team communities. It was noted that he works hard, not to get good grades, but simply to learn. He excels in math and writing, as stated by a reviewer who noted his essays flowed beyond the standard high school composition style. He’s even merged this love of learning with adventure by becoming SCUBA certified, allowing him to explore ‘the vast and mysterious’ ocean. He’s also conscientious, biking to school to reduce greenhouse gas emissions. Jack will attend Duke University, majoring in environmental engineering, and hopes to help find solutions for the many environmental crises facing our ocean, whether they be in renewable energy or designing more efficient city structures. 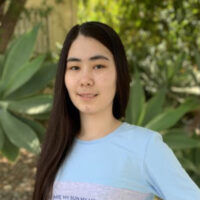 Sevdora Eschnazarova competed with her teammates from Bravo Medical Magnet High School (Los Angeles, CA) at the LA Surf Bowl for two years, serving as team captain in her senior year. Her teachers noted she has a very mature perspective for her age, with a sophisticated approach to mastering various topics. English is her third language, after Uzbek and Russian, as she came to U.S. when she was 11 years old. The perseverance she showed in learning English has been replicated throughout her high school career with a strong attention to detail and understanding that asking questions would help her reach her education goals. Although Sevdora’s commute to school and plethora of extracurricular activities, including many other academic competitions, consumed much of her days, she still found time to volunteer at the Kaiser Permanente Hospital, assisting with wheelchairs and telephones. She is keenly interested in environmental science and oceanography but would also like to attend medical school in her post-graduate years. While at Dartmouth College, she will have the flexibility to weave her academic curriculum and form an oceanography major. She hopes to complete an Exchange Program with Scripps to fulfill any required ocean science coursework and participate in an internship, possibly with Scripps or the Jet Propulsion Laboratory, to explore oceanography beyond the classroom. 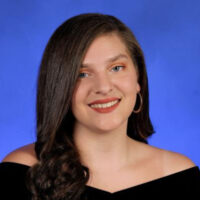 Mia Gomez competed at the Manatee Bowl on her Maritime and Science Technology High School (Miami, FL) team for four years, serving as captain for two. Since the sixth grade, she has dreamed of becoming a marine biologist and fueled her passion for the ocean by seeking opportunities to get involved in ocean science activities, such as by maintaining fish tanks, preparing labs for a teacher, and serving as President of the Ocean Conservation Club at her school. For the club, she arranged local experts as speakers and local beach clean-ups. Mia has a clear passion for pursuing marine biology – having taken all the marine science/environmental courses offered at MAST, she sought out dual-enrollment courses at Miami Dade College and Florida International University. It is clear why she is described as driven, inquisitive, and not afraid to get her hands dirty. While attending Florida Atlantic University (FAU), Mia plans on enhancing her passion and career aspirations in ocean science through joining organizations like Women in STEM and volunteering or working at the nearby Loggerhead Marine Life Center and at FAU’s Harbor Branch Oceanographic Institute. 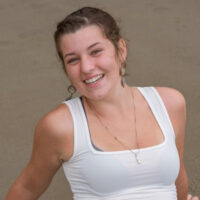 Niamh Houston competed at the Salmon Bowl for two years with her team from the Oregon Coast Aquarium (she attended Springfield High School). As a lifelong surfer, she has always felt a connection to the ocean and enjoys observing the natural world and communicating what she has learned with others. Her teachers and classmates understand that when Niamh talks about the ocean, it comes from a deep, personal interest and desire to care for the natural world and its inhabitants. Teachers have described her as a budding leader as she is a driven, effective communicator who also understands the need to listen to differing opinions. Her desire to push past any preconceived limits has had numerous positive results, including a 10-page feature article in a national award-winning outdoor magazine, Backcountry Review. Niamh will attend Nova Southeastern University and pursue a degree in marine biology. She hopes to apply her NOSB-acquired knowledge to shark ecology and conservation by volunteering with the Guy Harvey Research Institute in tagging and tracking pelagic fishes and sharks. She also plans on joining the university’s Green Sharks Club to advocate for sustainable initiatives and gain knowledge on pollution and experience in conservation efforts. 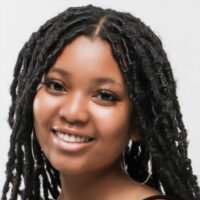 Courtney Melvin competed for four years at the Southern Stingray Bowl with her Rockdale Magnet School for Science and Technology team (Conyers, GA), serving as captain in her senior year. Teachers refer to her as hardworking, resourceful, and creative in completing high quality independent and group projects. Courtney was also a considerate and valuable member of her school community, helping with service projects such as campus beautification and the maintenance of her school’s outdoor periodic table installation, as well as organizing National Chemistry Week outreach activities. She is also an artist, developing pieces with bold designs, careful craftsmanship, and meaningful subject matter, drawing attention to important issues. “Her concern for justice, human health, and the environment is sincere and stretches beyond her artwork into her everyday life choices and interactions with others.” Reviewers noted she brings a diversity of perspective and background to marine science through her science interest, artistic talent, and extensive community leadership and service. Courtney intends to use her math degree to become an ocean engineer. While at Spelman College, she wants to be involved STEM-relate student opportunities, such as Math team and G-STEM (Enhancing Global Research in STEM), which offers international research opportunities and specialized training in STEM.

The National Ocean Sciences Bowl is a program of the Center for Ocean Leadership, a University Corporation for Atmospheric Research Community Program.